As a champion for community social services, we keep our finger on the pulse and make sure our members are informed and engaged in the sector. But a big part of that work is also tracking and sharing the state of our member organizations which is a reflection of the state of the sector.

Both reports draw largely from two surveys completed by Federation membership in 2015/16. The findings are discussed within the context of existing social sector research in BC and other jurisdictions. The two surveys were:

Our thanks to The Federation member organizations who contributed a significant amount of their time to provide us with the valuable information collected by these two surveys. It is because of your commitment to this work that we are truly Altogether Better. 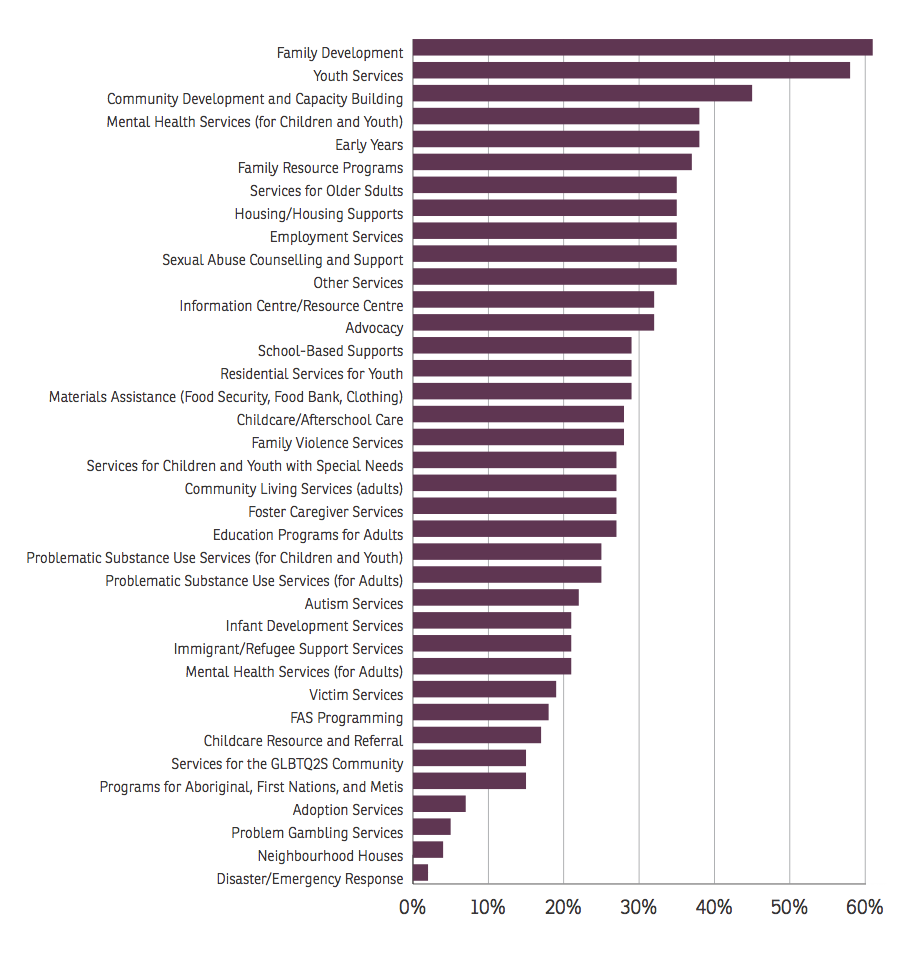 The percentages of Federation members offering
different services and supports across the province.

Insight into the health and sustainability of BC’s community social service sector.

The first report focuses on the health and sustainability of the community social service sector through three themes: meeting the needs of clients, costs and funding of services, recruitment and retention of workers. 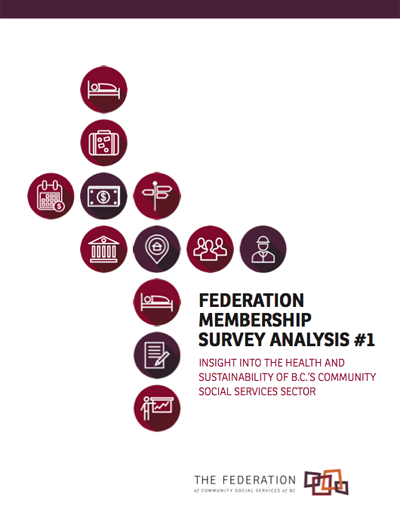 Insight into our sector’s programs, demographics, services, and supports.

The second focuses on the programs offered by Federation members as well as new data about demographics and the positive effect these services have on other social systems. 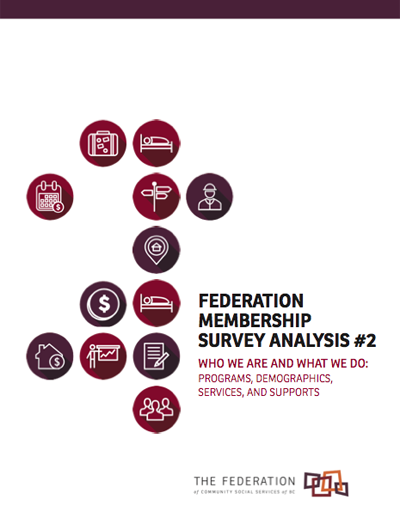