“Life in BC” Snapshot Reports

In 2015, The Federation scoured the literature and research to take a snapshot of Life in BC that captured some aspects of the economy that traditionally get overlooked. We wanted to understand how good things were for the people of our province and we wanted to identify some markers to determine how good life in BC really is and whether things are getting better or worse in our communities.

In 2015, things didn’t look that great. And two years later in 2017, they were no better. That’s why we took the time to update and expand the snapshot series to prove that point and to help our members (and others) talk about the state of social care in our province. We need to get the word out about the things that need to change in order for the people of British Columbia to actually prosper and thrive.

This updated series of fact sheets was expanded to include additional topic areas. Each PDF includes news headlines, a case study, key messages, talking points, key facts, figures, and statistics (and links to the sources referenced). 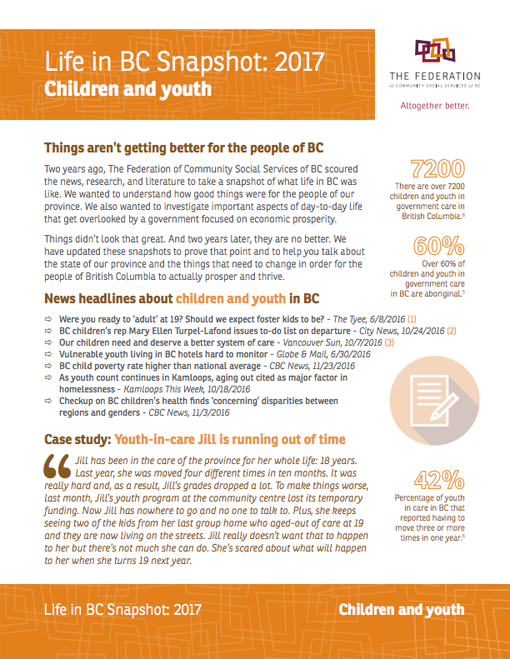 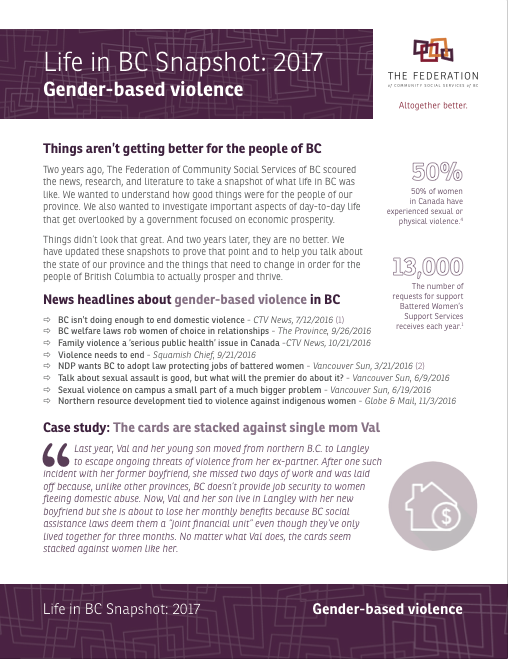 The original snapshot series looked at five key areas affecting those in our sector. We wanted to paint a picture of what live was really like for those in BC. As it turns out, for many people, it’s a struggle.